I have often wrote about the amazingly coincidental fact the Mr. Murphy does in fact live in Bristol Bay Alaska, or at the very least fishes here a lot. You all know him. ‘The’ Mr. Murphy, as in Murphy’s Law fame.

Once again he has reared his increasingly ugly head, this time toying with not only the snow [or lack there of], but also the fish timing. For the last four or five Springs, we have shown up here on or about the fifth of June to find the lake mostly iced in. All twenty-two miles of it in fact. Which not only makes for tricky set-up, but has seemed to deter the King Salmon from coming in early due to very cold water temperatures.

So this Winter we decided to finally remodel the third floor of the lodge. In order to play it safe, we decided to not book the first week to give us a little leeway with construction in case something went sideways. Like a barge not being able to get into to port due to massive ice pack similar to the previous five winters. But oh nooooo, Murphy would have none of that. No snow for you. No Winter even. Maybe that had something to do with us buying a new snowmobile.

And early Kings – oh ya, and lots of them. Huge early numbers. We had over 30,000 in the Nushagak River before June 20th. Seriously?! And just to add to the fun, the sun came out and it almost appeared to be like Summer in [insert favorite town here] with temps hitting the high seventies with afternoon thunder storms. Actually more like midnight thunderstorms since the sun does not set until 4:15 am this time of year.

Despite all crazy nice weather and wacky fish timing, we caught plenty of fish. It did start out painfully slow for this first group, who were still living off the strong memories of the epic week they experienced last season, which was truly their best in ten consecutive years of coming to Mission Lodge. But by week’s end we were seeing very steady action on the Nushagak River for nice adult King Salmon. A funny twist was the Jack King Salmon action over on the Togiak River that filled the guys’ fish boxes with tasty little fillets. Traditionally this time frame is a bit early for the adult Togiak River Kings, so the lack of big adults was not noticed as anglers enjoyed non-stop action for Jacks, Chums, Sockeye, Dolly Varden and Rainbow Trout.

Near the lodge we had a little anxious pacing as we awaited the big push of Sockeyes. I am pretty sure the ancient Mayans used to set their calendars by our run of Reds, and look were that got them. However the local Sockeye Salmon were only a day and a half late as they came storming in ten wide, tip to tail up and down the Wood River on June 25th. Within 72 hours we topped over 1.9 Million fish. Use your best ‘Dr. Evil’ ascent when saying that line. It was a marvel to witness. 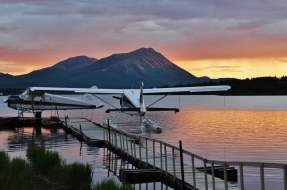 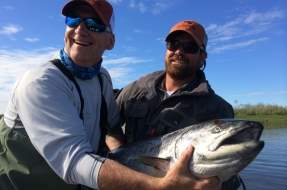 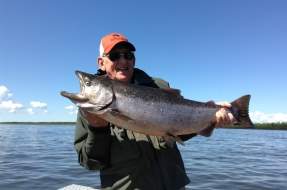 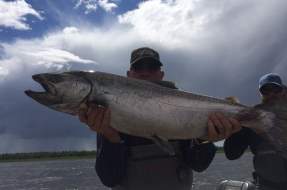 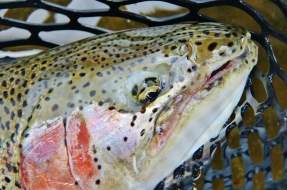 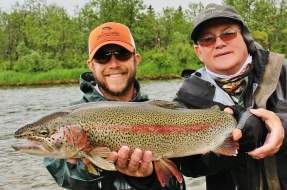 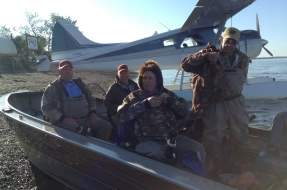 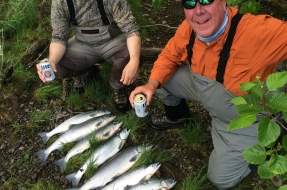 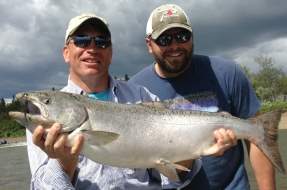 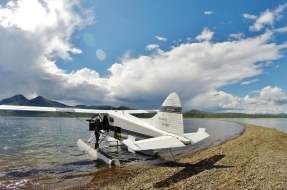 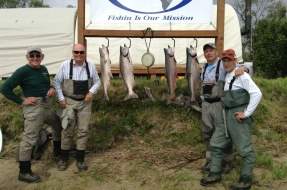