We invented a new lodge game. If the game would have started on Black Tuesday then all parties would have had a legitimate excuse for this new sport. After all, for those of you reading this that have not been to Mission Lodge, Black Tuesday is the day after Margarita Monday. Tuesday’s are normally a foggy day and we are not talking about the weather. Those evil drinks go down like Grandma’s lemonade on a hot summer day. But I digress.

Unfortunately the ‘blame it on Margarita Monday’ alibi is not going to fly since this new lodge game started on Sunday night. Basically this game is just a twist on the old ‘Musical Chairs’ game we all played as kids. When the music stops late, as in way too late at night – pick a room. Any room it seems. Hope there are two beds in chosen room or plenty of floor space. After two nights of mystery guests entering random rooms and mornings of embarrassed confessions, the fun kind of wore off. Since the rooms have names of fish that happen match up to the dry bags provided in each room, the game was quickly switched up by the end of the week – “Pick a bag, any dry bag” before heading down to the planes. One Just hopes that the other guy who just swapped bags with you was nice enough to load his thermos with the same careful mixture of Coffee & Bailey’s or Bailey’s & Coffee that you did!

All games aside, fishing this week was very solid overall. The King Salmon fishing on the Nushagak River produced some nice fish on the first two days of the week, but before we decided to go back it slowed down to a crawl. The forecast was on the low side for this year and since we were close to reaching the seventy some thousand fish predicted, we pulled the plug on that camp by weeks end. Conversely, the Togiak River showed signs of picking up nicely as it produced more big adult fish. Kudos to Kevin Winter for hooking a giant King on the last pass of the last day. The guide actually gasped as the fish came to the net. It was taped for length and girth, then released to go pass on its’ 53 pound genetics to the next generation. Well done indeed.

With another beautiful week of weather our ‘lake hops’ were truly stunning. As many times that I have guided them, I am always in awe as we travel through our little ‘Alps of Alaska’. The lower lakes were transitioning from migrating smolt to incoming adult Sockeye Salmon, which slowed down the Arctic Char fishing a bit that had been stupid good the week prior. Meanwhile in the upper chain of lakes, the Lake Trout were showing themselves in great numbers and size, more than making up for lighter Arctic Char action. Another big hit for the week was fishing with Mice patterns for Arctic Grayling, with some fish even coming clear out of the water to hit the mouse on the way back down.

Like the Char, the Rainbow trout seemed to be on the move too with the parade of salmon heading to the spawning grounds. Fishing for them was solid and by weeks end we found some really nice ‘Bows sitting behind the already spawning Chum Salmon that had entered the rivers early. To make up for slightly lighter Rainbow action, the sea-run Dolly Varden were almost completely taking over some of the rivers. Early in the week they were intent on just traveling, but as the week went on the bite started to happen in an ‘every cast’ kind of a way. We rounded out the week by casting flies to bright and semi-bright Chum Salmon and a few early Pink Salmon. 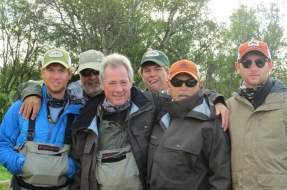 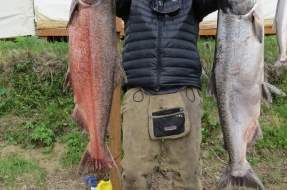 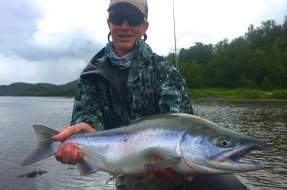 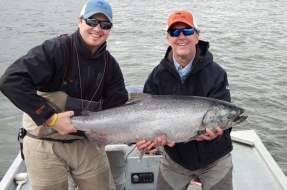 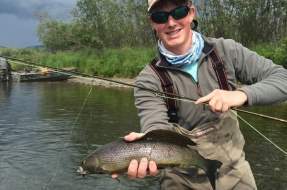 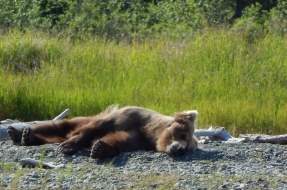 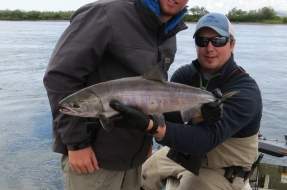 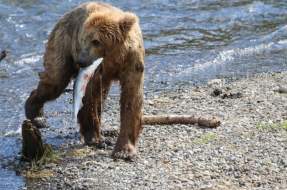 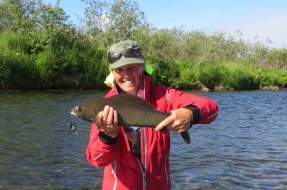 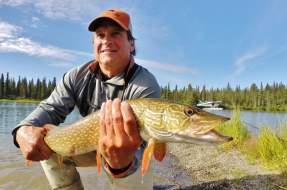 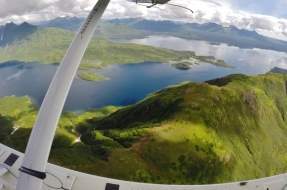 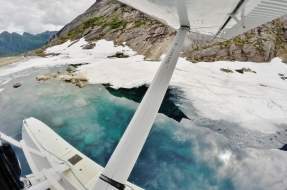 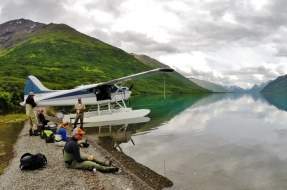 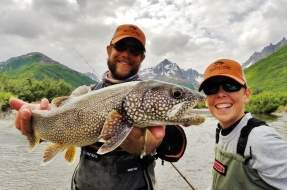 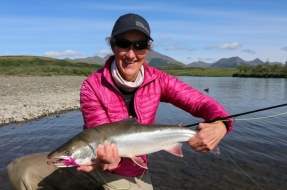 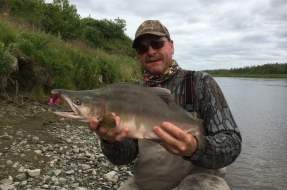 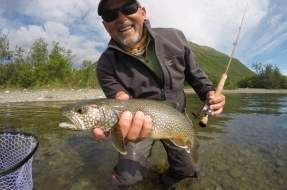 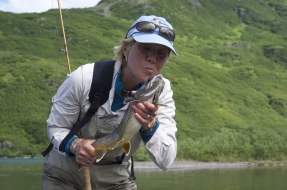 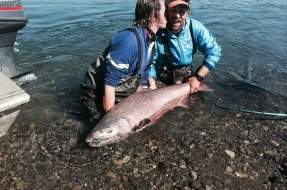 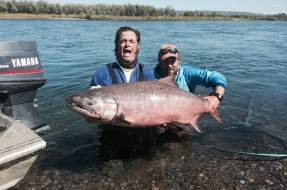