Seriously, how cool would it be to have a spouse that was excited to come out into the wilderness on a fishing trip with you? One that was willing to even rough it for few days. Get slimmed by fish and actually be happy about it! It almost brings tears to your eyes just thinking about it. A spouse like that would be a great catch indeed. Not only did we have some couples that fit that description this week, we also had Ms. Sylvia join us again, who has been enjoying remote fishing camps for the last forty years.

The good thing about roughing it at Mission Lodge is that it is usually defined by moments like when the Bailey’s runs out in the boot room and you actually have to ask for more before the fairies have replaced it. Or that time in the gift shop when they ran out of that cute little top in her size, you know, that was just the right color. Maybe it was when you could not get a last minute reservation for a massage. Yes, that would be roughing it in Bristol Bay Alaska – at least at Mission Lodge anyway.

We had a combination of guests that did the normal full week trip and some that split the week. For those splitting the week, I am pretty sure their short stay felt like roughing it. Just as they got all settled in, it was time to leave. Well at least that got to join us at all.

The concept that we are experiencing a drought is starting to set in. The water kept dropping throughout the week and despite the best ‘doom and gloom’ forecasts that NOAA could come up with, we never really got much rain. This was bad news for everyone hoping to catch lots of King Salmon. Throughout the week it was dead one day and then pretty good the next. As we have mentioned before, King Salmon rarely like hot sunny days once they have entered the rivers of Bristol Bay. Fortunately for longtime returning guest Ms. Sylvia, she hit the Togiak River on one of the good days and celebrated her 90th birthday with a couple of bright King Salmon. Major congratulations to her for not only catching big salmon, but for being an inspiration for all who meet her.

In our quest to pursue the mighty King Salmon, it can be easy to overlook the maligned Chum Salmon fishery right in front of us. Anyone wanting some great, knuckle busting action need not look too hard. The Chums were thick on the Togiak this week with some of them chrome bright and others showing their stripes. They will hit light tackle and flies with equal enthusiasm and just do not want to give up the battle. The Chums were almost as easy to take for granted as the Bears at Brooks Falls in Katmai National Park. There was no shortage of great Bear viewing to be had this week to say the very least.

An invasion of sea-run Dolly Varden was in full force this week and proved to be so good, that when you made a cast without catching one, it seemed like there was something wrong. Or is it wrong to think that way? Hmm, nah. Rainbow Trout on the other hand were a bit more elusive by comparison, as they were getting pushed around by the near-record number of Sockeye Salmon that were now jockeying for the prime spawning beds. We had to search out the Rainbows a bit on some rivers, while other spots were more predictable. The ‘Pac’ even proved tricky in a Montana-esk sort of way, requiring some matching the hatch techniques. Once the right nymphs were dialed in and tied on the line, the river gave up some really good action for both Rainbow Trout and Arctic Grayling.

Finally, again this week the ‘Lake Hop’ continued to blow minds. Fishing-wise it was very solid. Easy at some stops, but tricky at others. Overall the Lake Trout have been very cooperative this season and we have even seen some double digit fish, with the largest one this week hitting sixteen pounds and change. The big star on these trips however is the scenery. It is so amazing and vast that we all struggle to capture its’ beauty with our cameras. Although judging from the volume of photos from the lake hops that I sort through weekly, we are all trying our very best to portray these awe inspiring views. 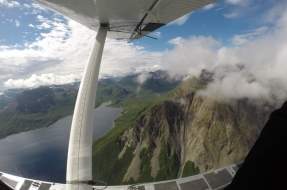 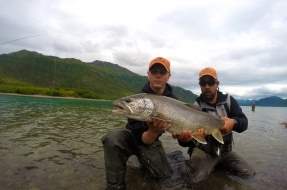 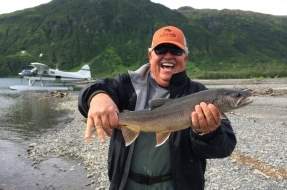 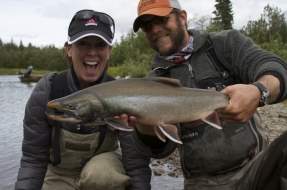 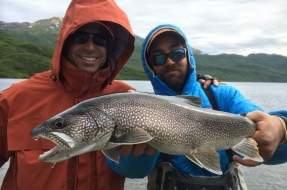 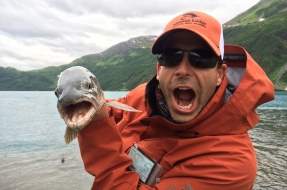 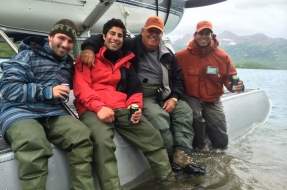 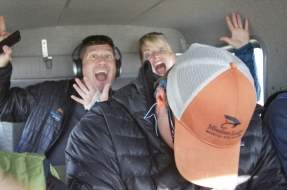 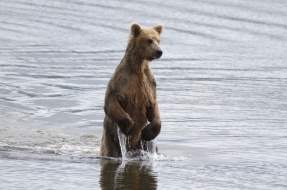 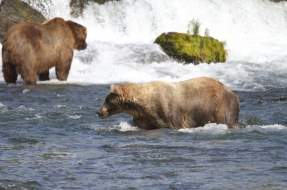 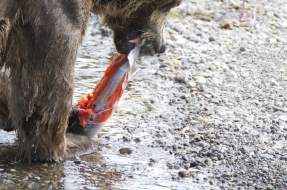 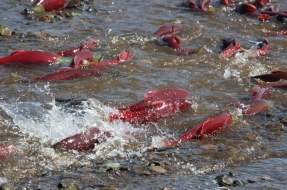 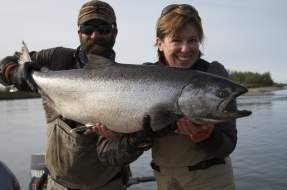 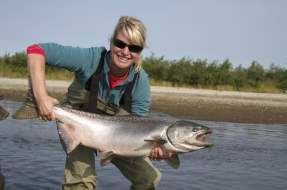 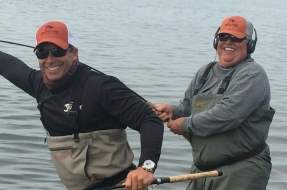 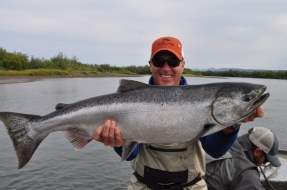 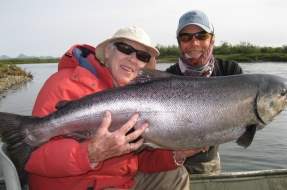 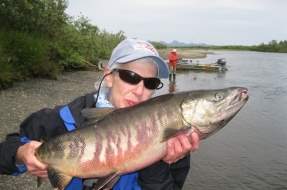 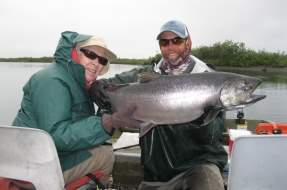 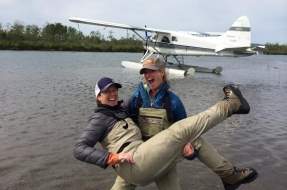 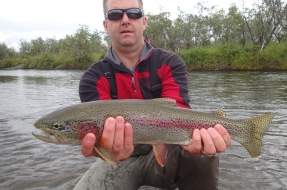 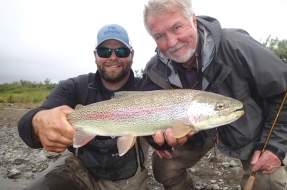 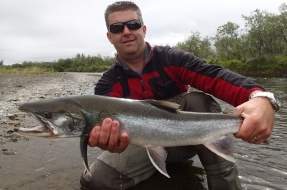 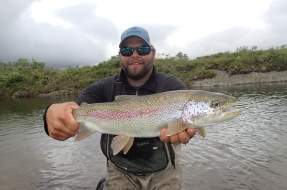