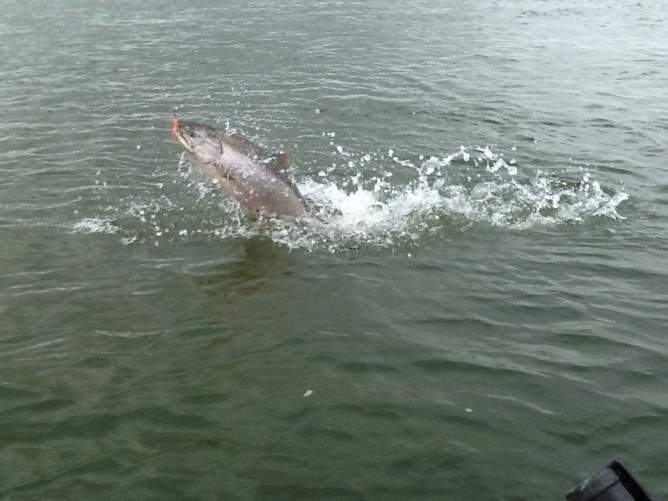 After weeks of crazy-warm weather throughout Alaska this spring, Mack and the boys brought with them some cool temperatures and much needed moisture. A ‘burn-ban’ was in effect throughout Bristol Bay. That was about to change. Saturday morning came and so did the nasty weather. Fortunately we were ready with a big new lunch tent at our King Camp on the Nushagak River. Thirty mile an hour winds are no match for a good game of ‘pitch’ from the inside of this palatial tent. Heated by a large wood stove, it is hard to leave this place after a big lunch on a crumby weather day.

A lot of fish were caught in the driving rain of the first day, however the group was concerned that once again, they were facing a cold, wet week ahead. Fortunately the winds and the rain let off a bit and the weather gradually improved throughout the week. The big benefit to those strong South, Southeast winds was how they drove the fish in from the bay in a big, bit way. Over 11,000 King Salmon passed the sonar that Sunday and provided for one the best days of fishing this group has seen in the last ten trips to Mission Lodge.

The other big event we got to see this week was the return of the Sockeye Salmon starting on our change out day, Friday the 21st of June. We typically see the first big push on the Wood River hit around the 28th so they were almost a week early. Great for this group, not so great for those anglers arriving later in the season. Such is fishing. 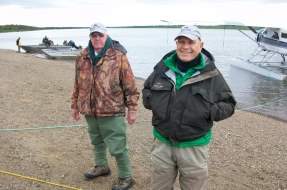 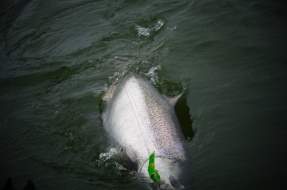 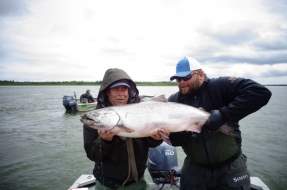 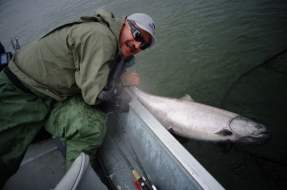 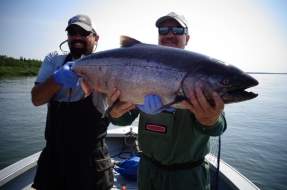 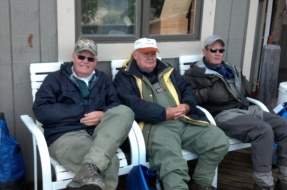 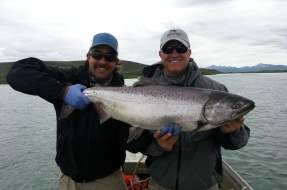 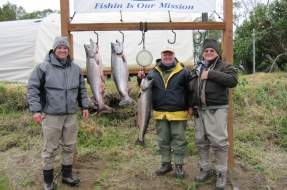 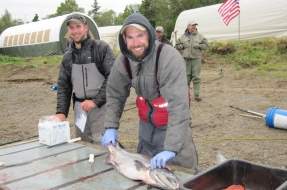 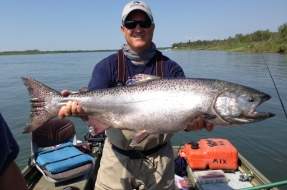 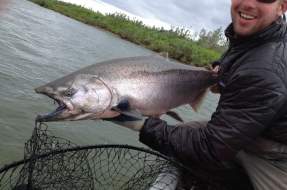 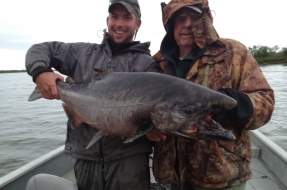 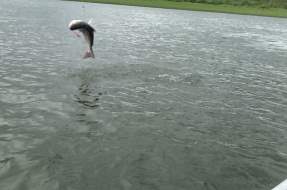 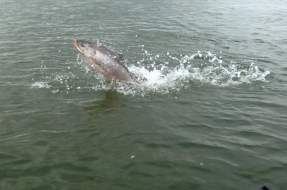 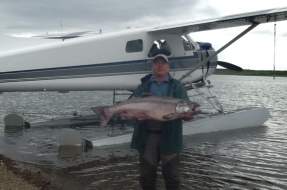 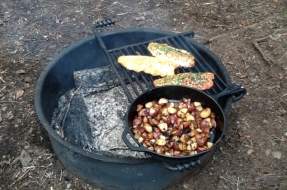 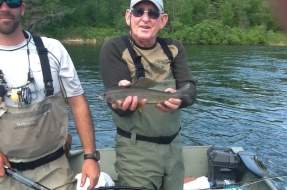 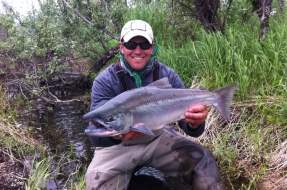 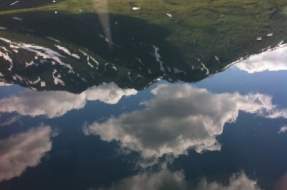